Last night I dreamed that I was at a future edition of the Jerry Malloy Negro League conference. It wasn’t held at a hotel or convention center, but more like a church Sunday school room or a library conference room. It was maybe a dozen people, and we brought folding metal chairs into the room and clustered around the presenter while he or she discussed their topic.

In addition to we Malloy regulars, there were also of my high school friends, including my best pal as a kid, Steve, a lifelong Yankees fan. I remember in my nocturnal vision that we were a little disappointed in the turnout at this dream-state Malloy conference, and we were concerned that support for the Negro Leagues and their heritage were fading from people’s memory and losing modern relevance.

But while we were sullen and somewhat glum about the attendance, we were also charged up to hear the presenters and absorb the research and cool nuggets of discovery they’d unearthed over the previous year. We knew that, even though it seemed like enthusiasm for our shared American antiquity was waning, there was still boundless and rich baseball knowledge still out there, waiting to be discovered, savored and shared.

Then I woke up this morning, checked my email and learned that legendary — and legendarily underappreciated — blackball pitcher John Donaldson had been elected to the Missouri Sports Hall of Fame, thanks to the persistence and optimism of The Donaldson Network, led by the unflaggingly dedicated Pete Gorton.

Upon reading Pete’s email announcement, the disquiet that my dream had caused was allayed with the balm of the Donaldson news, which instantly buoyed my spirit and revitalized my own flagging spirit, which had more or less crashed last fall after the onset of severe burnout.

For more than four years, I’d worked feverishly to write hundreds of articles and blog posts about the Negro Leagues and baseball history — done out of plain and simple love for the subject a passion to spread the good news about the Negro Leagues — and after sadly crashing and burning at the 2016 Malloy conference in Kansas City, I decided to take a big step back from my research and writing, which reluctantly included putting Home Plate Don’t Move into hiatus.

The decision triggered in me both relief and a sorrow. I knew I needed a break, but I also felt like I was letting down my friends, my colleagues and myself, and in many ways it made for a long, dour winter in which I recharged but also fretted that I was permanently losing my love for research and writing. It was undeniably an existential crisis — maybe even a midlife one, because, after all, I turned 44 this month — and it threatened to derail me for much longer than I ever wanted or intended.

But then … things started to turn around, little by little. I started to read more, to do a little poking around through online databases, talking a bit again with my peers and pals, and I gradually realized that it might be time to get back in the game, so to speak. I steadily realized that not only was researching, writing about and sharing the deep, vibrant history of blackball, but also that I needed to give myself a swift kick in the pants in order to jolt me back into action.

There’s another sign (besides my dream) from today that it’s time to dive back into business — earlier today, The Sporting News posted an article by Graham Womack to the magazine’s Web site titled, “Baseball Hall of Fame could do more for Negro Leaguers.”

The timing of the story is a bit puzzling, because the 2017 National Baseball Hall of Fame election results were announced several weeks ago, while this year’s induction ceremony isn’t until late July, but when it comes to advocacy for the Negro Leagues, we’ll certainly take whatever we can get.

TSN’s article recaps how the NBHOF revised its selection process recently to once again open the door to Negro Leaguers after a 10-year hiatus during which Hall officials steadfastly refused to consider allowing blackball figures following a huge induction class in 2006. (The newly revised rules also allow for the selection of other neglected subgroups of players, coaches and execs.) Granted, the revised rules allow for what seems to be just a trickle of additional Negro Leaguers over an extended period of time, but, again, we’ll obviously take what we can get.

Here’s an excerpt from Womack’s article:

“With Black History Month wrapping up Tuesday, here’s a plea to the Hall of Fame: Reconsider the policy toward Negro Leaguers. Negro Leaguers have not been honored in Cooperstown at anywhere close to the same level as white players and anyone who’s played in the majors since Jackie Robinson broke the color barrier 1947. A number of outstanding Negro League players and executives remain outside Cooperstown. They deserve more than one or two inductions — at best — per decade.”

So, I s’pose, I’m back, and so is Home Plate Don’t Move. However, at least temporarily, this blog will take a bit of a different form; instead of hardcore, intensive, detailed, third-person historical narratives and articles, I’m going to do more first-person work that discusses the efforts to keep Negro Leagues heritage alive and how those efforts, both on my part and on others’, have and continue to energize, enthrall and drive me.

HPDM will hopefully be more emotional, more visceral and more cathartic, a venture that lays bare my own soul — and how the souls of countless blackball figures continue to speak to and influence me, and to influence and motivate others like me.

It’ll be about the far reaching but still close knit Negro Leagues community of which I’m so proud and grateful to be a small part. We are all indeed quite lucky to have found this history, and to have found each other.

So, having said that, over the next couple weeks I’ll try to discuss the stuff I’ve been doing to keep the flame alive and the spirit fired, like looking for graves, reaching out to those with influence, and attempting to bring much deserved attention to and appreciation of the Negro Leagues, especially here in Louisiana and the Deep South.

And, as usual, feel free to post comments or email me at rwhirty218@yahoo.com! Thank you very, very much for sticking with me all these months, and may all of us continue to be inspired to do what we were born to do.

I’ll sign off with a intricate, challenging thought from one of the most important African-American sports advocates of the last 100 years, Dr. Harry Edwards. Dr. Edwards, a former track star who first sprang to national prominence in the late 1960s when, as a visiting professor at San Jose State, he co-founded the United Black Students for Action.

The USBA morphed into the groundbreaking Olympic Project for Human Rights, an effort that culminated at the 1968 Mexico City Olympics when Tommie Smith and John Carlos famously raised gloved fists while on the medal podium.

Shortly thereafter, Dr. Edwards wrote the seminal tome, “The Revolt of the Black Athlete,” and along the way he became close friends and fellow activists with Muhammad Ali, Jim Brown, Bill Russell and others. 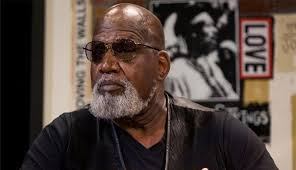 Since then, Dr. Edwards has continued and deepened his education, his writing and his activism, all of which has made an indelible impact on modern sports theory and thought. Most recently, Edwards, now a professor emeritus at UC-Berkeley, defended and contextualized NFL quarterback Colin Kaepernick’s controversial decision to remain seated for pre-game National Anthem performances.

I learned about Dr. Edwards while taking Dr. William Wiggins’ class, “Sports and the African-American Experience,” while an undergrad at Indiana University in the early 1990s. (Doc Wiggins, one of my biggest influences and supporters during my career, sadly passed away in December, a crushing development that I’ll discuss in a later post.)

I subsequently read Dr. Edwards’ revolt, and while in grad school at IU, I conducted an email interview with him about racial favoritism within newspaper coverage of star baseball players. I hope to perhaps one day speak with Dr. Edwards again.

Anyway, here’s a couple paragraph from Edwards’ essay/study, “Sport within the Veil: The Triumphs, Tragedies and Challenges of Afro-American Involvement,” which appeared in the September 1979 issue of The Annals of the American Academy of Political and Social Science. As you read it, ponder its meaning and how it can apply to the study and promotion of blackball history, and what we as Negro Leagues advocates can do on that front.

Perhaps also examine how Edwards’ words and propositions fit into the context of the volatility of the unsettling current state America’s sociopolitical reality, i.e. the age of Trump:

“The historical pattern of black-white relations in America remains unchanged: blacks have always been the last hired, the lowest paid, and the first fired during times of general economic crisis. The black athlete, too, was the last to gain access to major sports, has always been the least rewarded to comparably talented whites and, it seems, will be the first eliminated at both the professional and collegiate levels as America’s economic problems deepen.

“It would appear, then, that not only the past history and contemporary circumstances, but the future prospects of the black athletes and the black masses are inextricably intertwined and interdependent. From this undeniable fact, there is no escape for either — by way of sport or any other route. It follows, therefore, that all concerned have a principle responsibility: first, to understand that Afro-America’s involvement with sport is no game, then to act accordingly.”