The big news of the past week is doubtless that the National Baseball Hall of Fame significantly adjusted and updated its induction selection process. A press release to the statement is here, but for the concerns and fans of the blackball world, the bottom line is this: Negro Leaguers and other standouts from African-American baseball history will now be eligible for induction once again!

Here’s an excerpt from the Hall’s press release:

“Effective immediately, the Board has made changes to the Era Committee system, which provides an avenue for Hall of Fame consideration to managers, umpires and executives, as well as players retired for more than 15 seasons.

“Highlighting these changes is a restructuring of the timeframes to be considered, with a much greater emphasis on modern eras. Additionally, those major league players, managers, umpires and executives who excelled before 1950, as well Negro Leagues stars, will still have an opportunity to have their careers reviewed, but with less frequency.”

As you can see, there’s a whole bunch of other readjustments to the selection process – thank goodness, because just about the entire method for election was arcane, byzantine and just plain goofy in spots – and the ins and outs of the changes are detailed in the above referenced statement from the Hall.

Exactly why the Hall’s higher-ups decided to make these seismic shifts might not be completely clear, and hopefully those details – especially the HOF’s reasons for once again opening its doors to Negro Leaguers after the huge 2006 induction class and the ensuing decade-long insistence of maintaining its institutional closed-door policy in terms of blackballers (which I’ve discussed here and here) – will emerge in the coming weeks and months.

What does appear to be true is that this shift will not mean that there will be a flood of blackball stars inducted anytime in the near future. Instead, it would be much more like a trickle over several years. That’s not ideal — and it certainly won’t rectify the horrible under-representation of Negro Leaguers compared to white players in the HOF – but, as many people have noted in the last few days, it’s absolutely better than nothing.

I didn’t have a chance to watch this year’s HOF ceremony yesterday, but it seems like it was an emotional and powerful event for everyone involved, and both inductees were more than qualified (although all Negro League fans know that Piazza, no matter how good he was, was most definitely not the greatest hitting catcher in baseball history).

But now, we have hope that the memories and legacies of some of the legendary stars of yesteryear will no longer face segregation and indignity in death as they did in life. It’s also unclear how exactly this will all play out in terms of practicality and concrete results, i.e. how many Negro Leaguers will get in, when they might get in, etc., but many of us are nonetheless ecstatic and waiting with bated breath to see how it all unfolds. 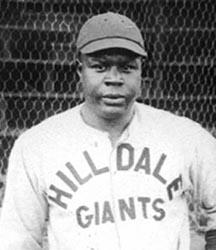 OK, with that said, last week I asked readers of several Facebook pages to submit thoughts about the HOF’s ban on further Negro Leaguers’ induction – this was before this past weekend’s huge announcement – and offered them a chance to nominate possible blackball candidates who should be considered, and your comments were incredible and much appreciated!

The big news from this weekend kind of makes moot thoughts given about the former closed door policy, but the suggestions of who should be considered in the future are still more than applicable. So, here’s a highly unscientific and largely qualitative summary of the responses we got from my questions of which Negro Leaguers merit a very close look from the HOF …

Of the comments I got last week, three names seemed to pop up several times – Bud Fowler, John Donaldson and Minnie Minoso. In fact, very soon after I posted my question, I immediately got a couple people putting forth Minoso, including Karl Lindholm and Risa Reid, who said the Cuban Comet “is the first name that pops into my head on this one.”

John Donaldson was another figure who got a lot of love. In addition to Donaldson’s prodigious talent, because he was so well traveled and well liked, he had a massive influence on countless other players and in many ways had a Midas touch.

Commenters who mentioned Donaldson were Rod Nelson, Joe Williams and Bill Staples. But the biggest voice for John was naturally Peter Gorton, the tireless advocate for Donaldson’s legacy and the head of The Donaldson Network. Stated Peter in his comments:

“I believe John Donaldson should be considered because of his impact on the game.  This endorsement should come as no surprise from me, however it has little to do with my opinion.

“The career of John Donaldson speaks for itself.

“He had an outstanding career as a pitcher, followed that with mentoring of some of the games best — including Satchel Paige — and was the first black scout in MLB history! His impact leaves little to be denied.”

A third name that popped up several times was Bud Fowler, one of the most fascinating and quirky characters in baseball history. For three decades in the 19th century, Fowler traversed the nation, practically coast to coast, playing for both white and “colored” teams, and founding/managing/heading several all-black teams after the curtain of segregation fell.

However, he never played in the Majors, which has often been used as a significant argument against his consideration for the Hall of Fame. Specifically, he’s gotten very little support from the Hall’s Overlooked 19th-Century committee. But his influence on the game and his lasting legacy cannot be understated. As such, Fowler was mentioned by Rod Nelson, Ted Knorr, Mitch Lutzke and Bill Staples.

One name Ted Knorr also put forward was Pittsburgh Crawfords owner Gus Greenlee, who could be the most deserving team owner/executive not already in the Hall. In my mind, though, a big issue with him – at least in the mind of Hall voters – was that he was widely and quite openly known as a gangster and numbers runner who was immersed in the Pittsburgh underworld. Nevertheless, Greenlee certainly at the very least deserves strong consideration from Hall voters.

I was also delighted that one of my own – sportswriters – got a nod when Reginald Pitts posted this:

“Can I put in a plug for Fay Young of the Chicago Defender, the dean of black sportswriters, who was involved in black baseball and in beating the drums for Jackie Robinson?”

All in all, that’s quite a list, and just about all of the players/owners/managers mentioned deserve a very close look from the Hall. A few others I’d suggest at least for consideration are Bruce Petway (in my mind the greatest defensive catcher in Negro Leagues history), Oliver Marcell (the finest third baseman not yet in the Hall), Newt Allen (a sparkplug of a second sacker as well as a fine manager), Dave Malarcher (a solid third sacker but more importantly the heir to Rube Foster’s managing legacy), Frank Warfield, Tom Wilson (arguably the greatest Southern Negro Leagues team owner and executive), the incomparable character Double Duty Radcliffe, trailblazing Indianapolis ABCs owner C.I. Taylor, Renaissance man Dizzy Dismukes and the fabled Cannonball Jackman. 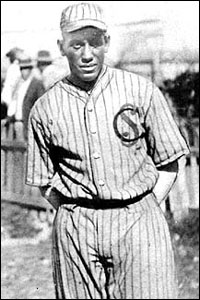 But, again, we’ll have to see how everything shakes out as this process moves forward, the dust settles and the pieces fall in place. I’ll try to write more about this in the ensuing weeks, and to all of you kind readers, please feel free to continue posting your thoughts on the latest developments with the HOF as well as your nominees for possible future residents of the hallowed halls of Cooperstown!