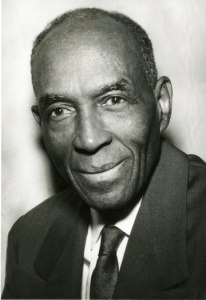 This has already been reported on a few other Web sites and Facebook pages, but I wanted to write something personally because it means a great deal to me …

Union, La., native, New Orleans University grad, Rube Foster disciple and legendary Chicago American Giants third baseman/manager “Gentleman” Dave Malarcher has been selected for the Louisiana Sports Hall of Fame! He’ll be inducted next year, an honor that comes on the heels of his being ushered into the New Orleans Professional Baseball Hall of Fame this past spring.

“If you mentioned Aristophanes, Pericles, Sophocles, Thucydides, Euripides of Socrates, this scholar knew of their talents. Off the playing field, Julius was known for his prose and philosophy. Rube’s star student had the gentle demeanor of a lap dog, but had a Rottweiler appetite to win. Malarcher had the purity of Black Moses, the tenacity of Black America and sanctity of Black Madonna.”

I’m working on getting some thoughts on this recognition from one or two of Malarcher’s relatives, but I also talked to Ro Brown, one of the people on the committee that chooses LSHOF inductees. Ro was a longtime New Orleans journalist and sports anchor who now works in the University of New Orleans athletic department.

Ro said that it’s largely accepted among African-American baseball historians that, in the 1920s and early ’30s, Malarcher was an acolyte of and on-field general for Foster, the founder of the first Negro National League and arguably the most influential figure in blackball history.

“But he was also an interesting guy to me,” Ro added. “Just his background, his lineage and his education. That was highly unusual for black and white baseball players of the time to have.

“Here’s a guy who had the nickname ‘Gentleman.’ That should tell you something right there, so he was somebody who deserves this kind of recognition.”

Here’s the official LSHOF press release from this week about the upcoming induction of Malarcher and the rest of the Hall of Fame, and I have several of my previous posts about Gentleman Dave here, here and here. Finally, here’s a story I wrote a couple years ago for the Dillard University alumni magazine. (Dillard was formed when New Orleans University, Malarcher’s alma mater, merged with Straight College.)

One thought on “Another honor for Gentleman Dave”